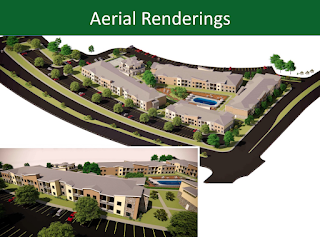 The July 26th Regular City Council Meeting was one of the longest we've had since I was elected to serve the citizens of Mesquite.  A contentious item was on the Agenda for a new development located at the southwest corner of Falcon Ridge Parkway and Hardy Way.  The item consisted of an out of town developer who is seeking funding from the County government to build income restricted, or "affordable" apartments.  As we've seen housing costs increase averaging close to double the costs in 2020, pricing many in the service industry out of the market, this concept is well needed in Mesquite.  The Agenda item was limited to Council accepting the developer's presentation, AND, most importantly, directing Staff to draft an agreement giving the developer sole option to buy for the next 90 days.
However, I was the sole vote against this for several reasons.
Probably the biggest reason I voted against this is the location of the development.  The City-owned parcel in question is a prime location for retail/commercial amenities for the area between the hospital and Sun City Mesquite.
This location also greatly limits the size of the development.  At least initially, just 113 units proposed by the developer, on 9.31 acres  The alternate location I suggested at the meeting was near Hardy Way and Horizon Blvd.  The location consists of close to 17.9 acres.  Granted neither location in 100% build-able as both have washes on one boundary.  But the point is, there is room to potentially double the size of the development, which means MORE housing availability, without a substantial increase in density.  The alternate location would not sacrifice, say, a neighborhood market coming town.
Other issues I considered were the unknowns.  It was unknown what would happen to this development if the developer was not granted the government funds for the project.  Do they increase the density?  Do they walk away completely?  It is also unknown what the appraisal of the lot was, and what the proceeds of the land would be to the City.  To add insult to injury, if built, the development would not be managed on site, nor by a management company in Mesquite.
Finally, if this was privately-held land, I am generally of the opinion the government should not stand in the way of reasonable development.  But when it comes to public land, all consideration should be given to the benefits of putting land to use in the best interest of the PUBLIC. 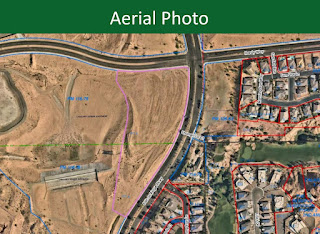 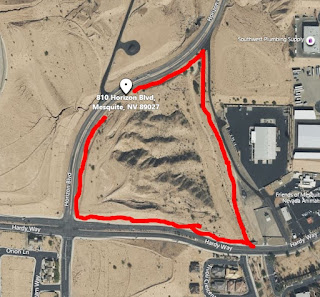